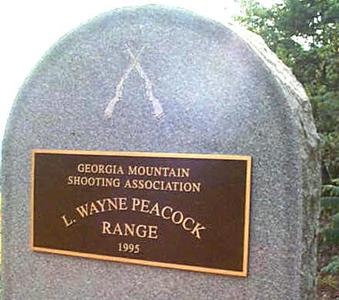 He invested a great deal of time, effort and personal funds over the years and without Wayne's contributions, the club wouldn't be where it was today. Wayne was instrumental to the growth of the club and his contributions are greatly appreciated.  We owe him a great deal of thanks and felt it altogether fitting and proper, to show our thanks by giving him his very own tribute page.

Wayne did not get out to the range in his later years but he was well remembered by all of us who knew him.  He is remembered by many (myself included) as that guy in the black truck shooting the Browning Hi-Power at our Tactical Pistol matches, quick to tell you how bad, or good the stages were set up, whether you had too much running, squatting or stooping... and almost always with the candor of a claw hammer.

Wayne's health began to decline in 2011and he started transitioning away from the day to day running of the club, methodically volun-telling suitable substitutes to carry on with the project the project he had started when we moved GMSA to our new location.

I vividly remember his transitioning pep-talk to me, "...I'm getting too damn old to run this thing anymore, it's time some of you young gentlemen step in and take over....y'all are running things now...AND DON'T F#$% IT UP!...understand me?...."  That was Dog's way of telling you that he approved...but still letting you know what the expectations were.

Wayne originally suggested the new range (where we are now) to be called The Lonesome Chimney Range.  A name that we've recently resurrected and will likely continue to use for promotions.

Wayne passed away on May 15th 2017.  His obituary as published in the Toccoa Record can be read here.

Thanks for everything Wayne!...we're trying our best not to "F" things up. 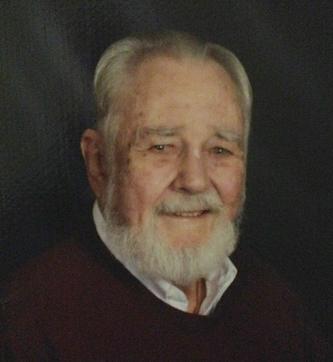 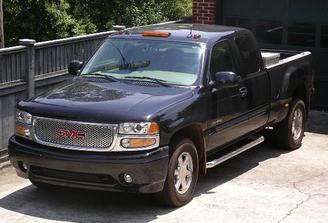 This is the cover photo from a power point presentation created by Wayne in 2011.  To view the entire Powerpoint, in pdf format, click on the link.  Driving the ALCAN highway in 1954 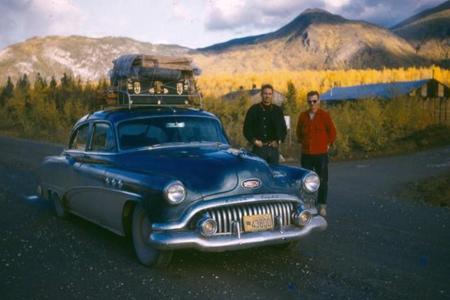 We often get asked about the granite sign at the entrance of our gate.

The usual question is "who is Wayne Peacock?...is that a grave?" and it is usually followed by a short history of GMSA and Wayne's many contributions to the club.  For those of us who had the pleasure of meeting - and knowing Wayne, these questions seem trivial...as once you met Wayne, you'd never forget him nor his nickname.

Wayne was one of our original members of the club and served as GMSA President for some 9 years in the 1990's and thereafter served as Treasurer for many years and up until 2012, continued with oversight to the Executive Committee, helping keep things going.  His contributions to GMSA far outstretch the limits of this humble web page but his most beneficial accomplishment was that he spearheaded the effort to research, organize, finance and plan the land purchase where GMSA now sits and fathered our first website at homestead. 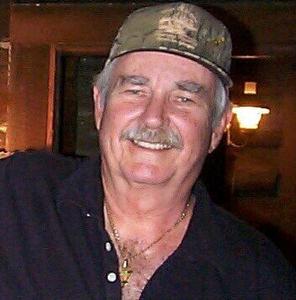